Reading a diary left by the estranged son, a Catholic mother (Hadley Boyd) finds a way to transcend herself and her grief by imagining him alive and in love.
Access with

Reading a diary left by the estranged son, a Catholic mother (Hadley Boyd) finds a way to transcend herself and her grief by imagining him alive and in love. With heart-wrenching performances by Michael DeBartolo and Christopher Vo in volumetric video and the storytelling potential of spatial sound, Queerskins: ARK allows you to enter her imagination and co-create the lovers’ intimate dance through your body position and movements. An Intel Studios Original co-produced with Cloudred.

A full 6DoF version of Queerskins: ARK will be available to experience in person at NYU Tandon @ The Yard as an installation. Featuring a pas-de-Deux between two male lovers, Shot at Intel Studios on a 30ft diameter volumetric capture stage, the largest studio of its kind in the world, Queerskins: ARK has never before been exhibited in a space that supports its grand scale. 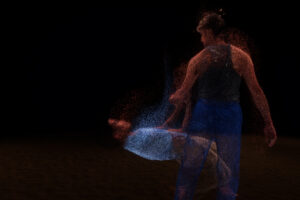 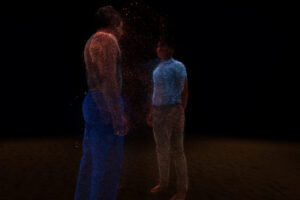 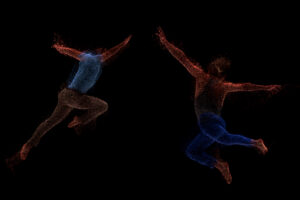 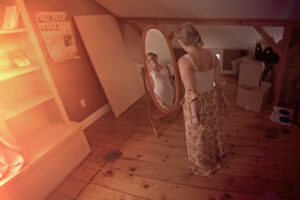 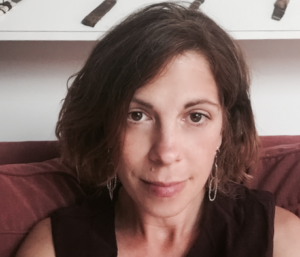 Dr. Illya Szilak is a writer, director, interactive story-teller and transdisciplinary artist. Shaped by her experience as a physician, her artistic practice explores mortality, embodiment, identity and belief in a media inundated by an increasingly virtual world. Her long-time creative partner is Cyril Tsiboulski. They are the recipients of grants from The Sundance Institute, The Tribeca Film Institute and the Jerome Foundation and were awarded a Peabody Futures of Media award for their VR experience Queerskins: a love story. 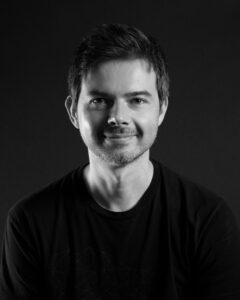 Cyril Tsiboulski is co-founder and creative director at Cloudred, a digital design practice that is both an independent content-producing creative studio and a service-based agency with global clientele across corporate, government, civic and cultural domains. He is also a faculty member at New York University where he teaches in the Digital Communications and Media Program.

Choreographer Brandon Powers creates seamless visceral experiences at the intersection of theatre, dance, and technology. The form of these experiences are determined and constructed by fusing techniques from by background in immersive theatre, musical theatre, and Modern dance. Brandon is committed to investigating technology’s effect on our culture, minds and private experiences by creating experiences which embrace technology’s role in our lives as a connector and community building tool.